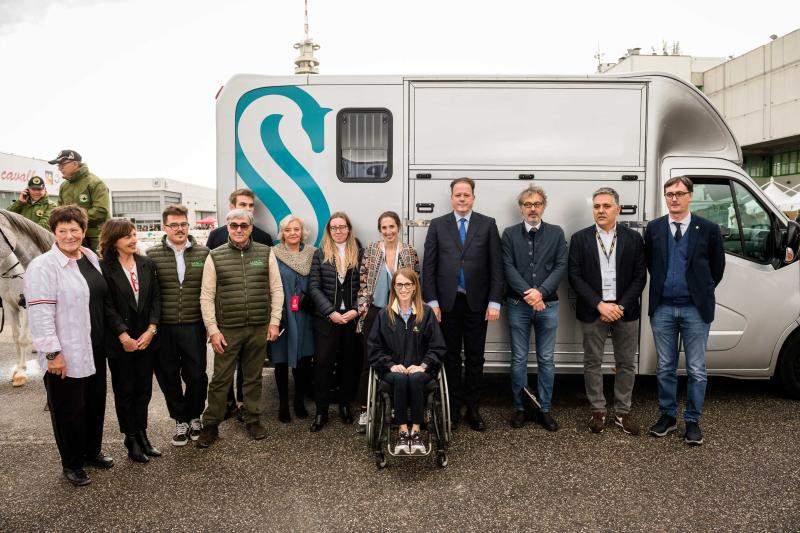 Today at 11.30 a.m. in Area A, the Berton Rimorchi van branded Scuderia 1918 and personalised with her name was handed over to the Italian multiple medallist in Paradressage Sara Morganti. The 2-horse van, donated by Berton Rimorchi, Scuderia 1918, Kep Italia, Intesa Sanpaolo, Sergio Grasso, Purina and Paolo Pini’s C.A.P.E., is intended as a […] 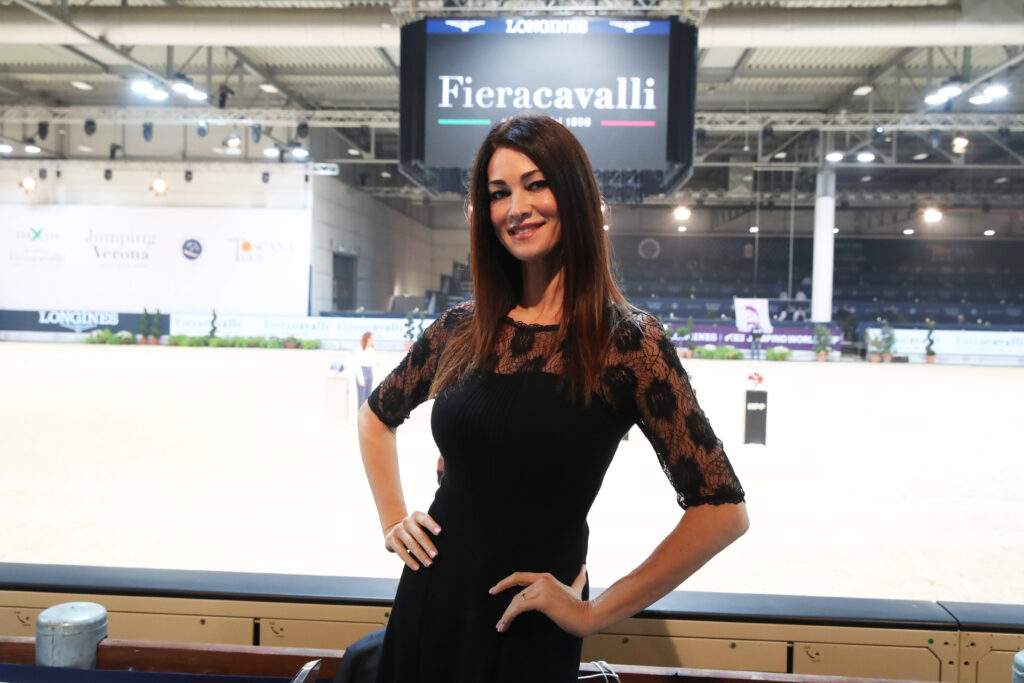 Yesterday saw the first edition of Riding The Blue Charity Dinner & Gala, the charity event supporting the crowdfunding campaign “Riding the Blue – A horse for a friend”. The fundraising – promoted by Fieracavalli and EY Foundation involving various realities, including FISE, AOVR Hospital and ANGSA as recipients of the collection – during the […] 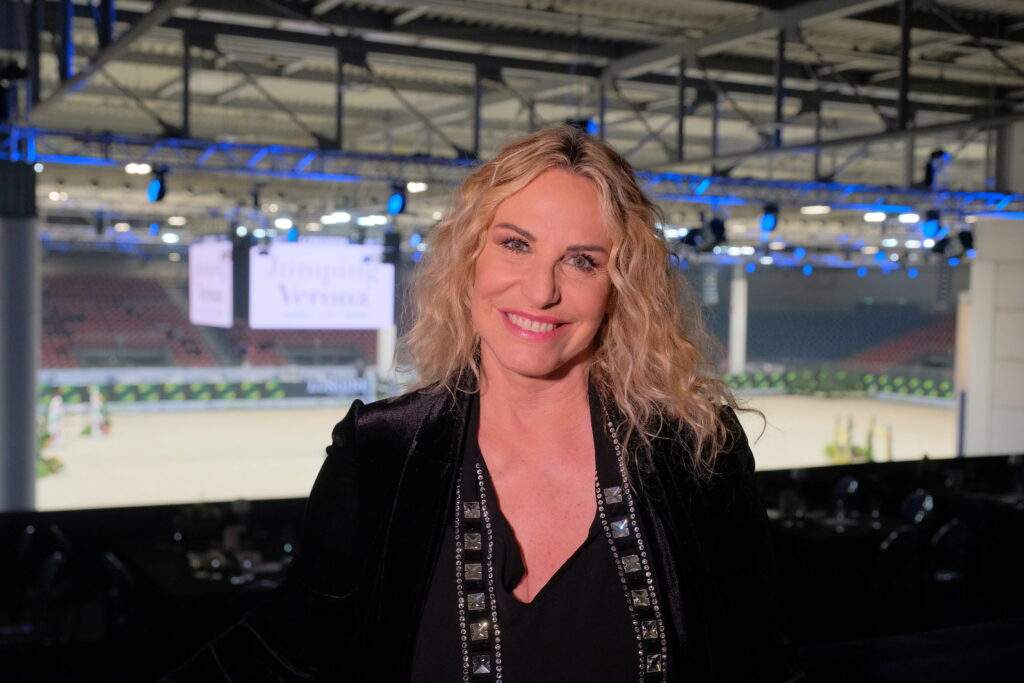 The first day of the 124th edition of Fieracavalli ended with the Riding The Blue Charity Dinner & Gala, the charity event in support of the crowdfunding campaign ‘Riding the Blue – A horse for a friend’. The only Italian stage of the World Cup, expected on Sunday 6 November at 2.30 p.m. at Pala […] 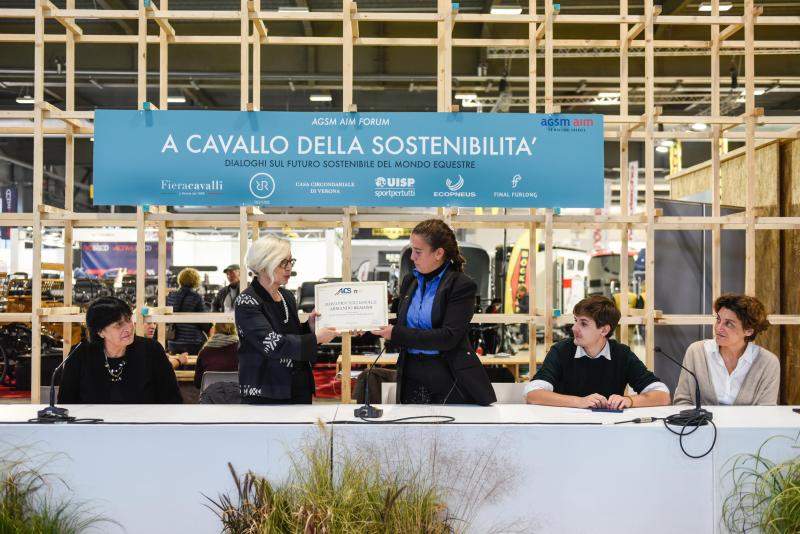 Yesterday, on the opening day of the AGSM AIM forum area A horse of sustainability in Hall 4, a talk by Reverse was held with a focus on the social reintegration project within the Montorio Prison. On this occasion there was also the symbolic handing over of horse-riding technician diplomas to inmates, not present at […] 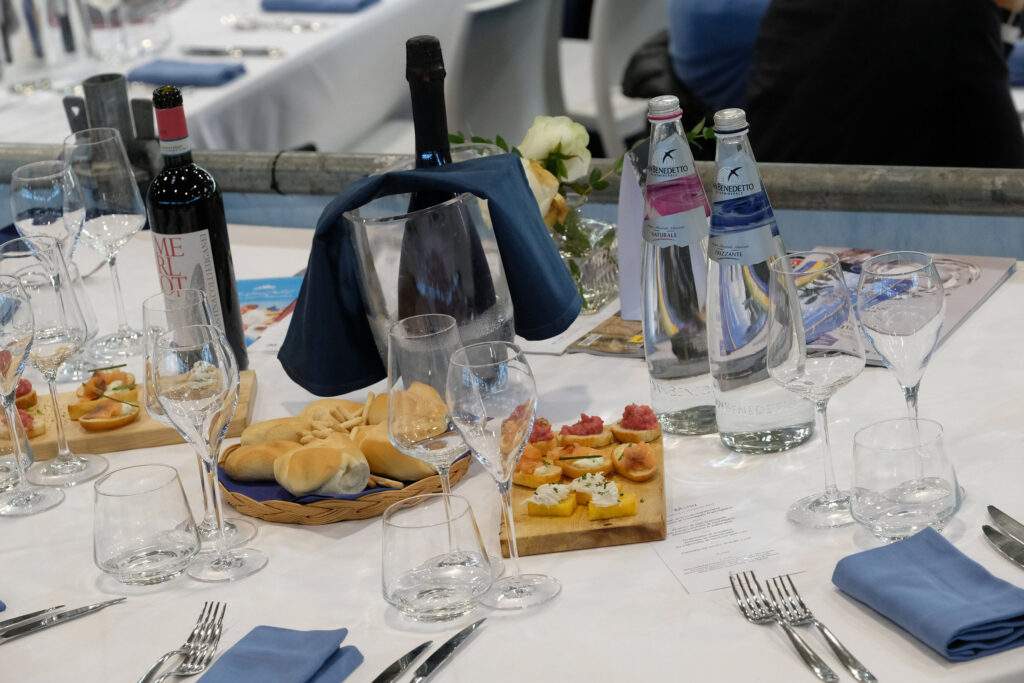 A very special appointment on the opening day of Fieracavalli this year. Thursday 3 November: the inaugural day of the 124th Fiercavalli sees the equestrian event stage a great charity event for the first time ever. The Horse Show will kick off with the RIDING THE BLUE CHARITY DINNER & GALA open to exhibitors, celebrities […] 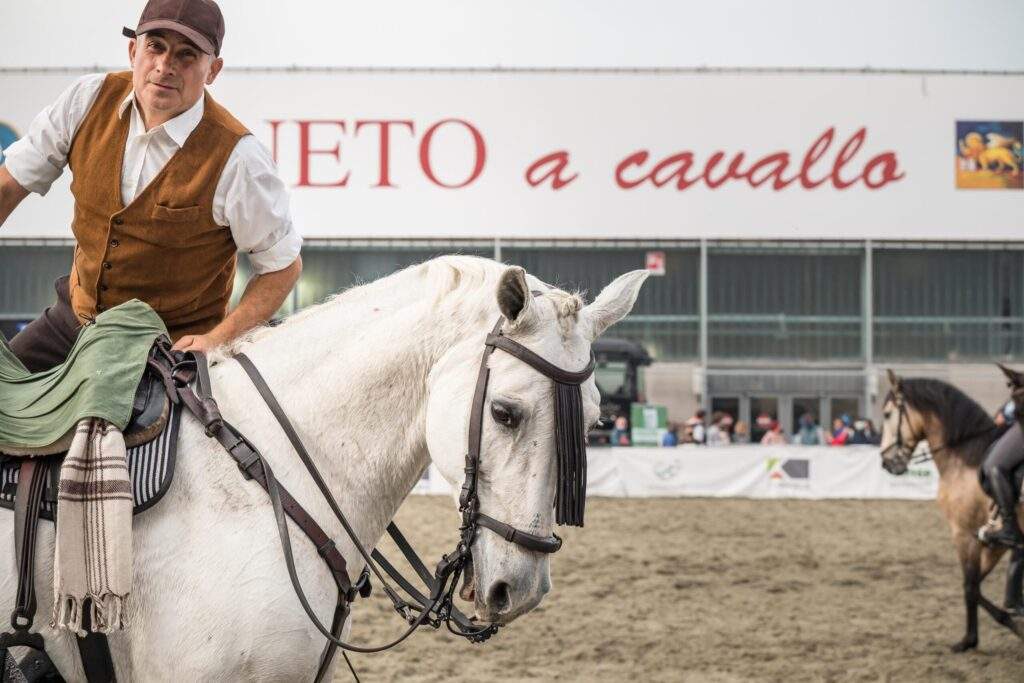 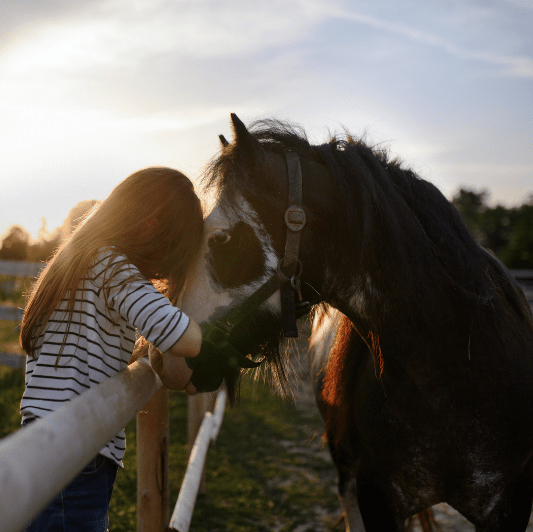